Atelier Feichang Jianzhu (FCJZ) was founded by Yung Ho Chang and Lu Lijia in the United States in 1993. In the past three decades, FCJZ has put emphasis on research and methodology and pursues innovations in making buildings with scales spanning between private house to industrial park as well as a wide range of other design products, from stage to jewelry. The Atelier’s work has been published in many architectural and design journals and websites.

Over the years, FCJZ has developed an understanding of architectural practice that can be described as the simultaneous design of space, structure, and scenario. Scenario refers to use, function, program, or life with a focus on the way in which it unfolds formally. It is suggested that there is a formal aspect to all three and form may provide the organizing frame to each separately or collectively. Although space, structure, and scenario have always been among the essential components of architecture as a discipline, only in the recent decades, they have achieved an unprecedented level of integration as well as equality when architects have been increasingly involved in programming. For a given project, the beginning point of the design could be any one of the three; however, it is critical that the other two must be brought into the process as soon as possible so that they can be studied and worked on as a whole. At FCJZ, with such a view on design practice, a building commission may be initiated from a structural system with a specific material or a pure space; the final design outcome may include physical space and/or object as well as a proposal for ways of use, similar to the user manuals of a product. In other words, the team makes imaging how people may engage design a part of design. This may help to explain how this architectural office often ventures into other design fields, such as furniture, product, and clothing, with relative ease. It seems to them, it can only be healthy when this architectural trinity constantly inform each other with the hope that new space, new structure, new scenario, or simply new ways for living, can emerge together.

FCJZ has been recognized with a Progressive Architecture Citation (1996) for a hillside housing project in Southern China, a WA China Architecture Award (2004) and a Business Week / Architectural Record China Award (2006) for Villa Shizilin, and as one of the 100+ Best Architecture Firms 2019 by Domus magazine, among others. Jishou Art Museum has won the American Institute of Architects (AIA) 2020 Architecture Award and the ArchDaily China Building of the Year 2020 Award.

The Atelier has held solo exhibitions at Apex Art in New York (1999), Harvard Design School (2002) and MIT SAP (2007) in Cambridge, UCCA in Beijing (2012), PSA in Shanghai (2016), and most recently at Pingshan Art Museum in Shenzhen (2021). In 2008 FCJZ was invited to create a large-scale installation at the central court of the Victoria & Albert Museum in London. It has also participated in numerous international art and architecture exhibitions and biennales, including six times at Venice Biennale. Products, installations, and architectural models by FCJZ are held in the permanent collections of the V&A Museum, the Echigo-Tsumari Land Art Triennale in Japan, the National Art Museum of China in Beijing, OCAT and Pingshan Art Museum in Shenzhen, as well as M+ in Hong Kong. 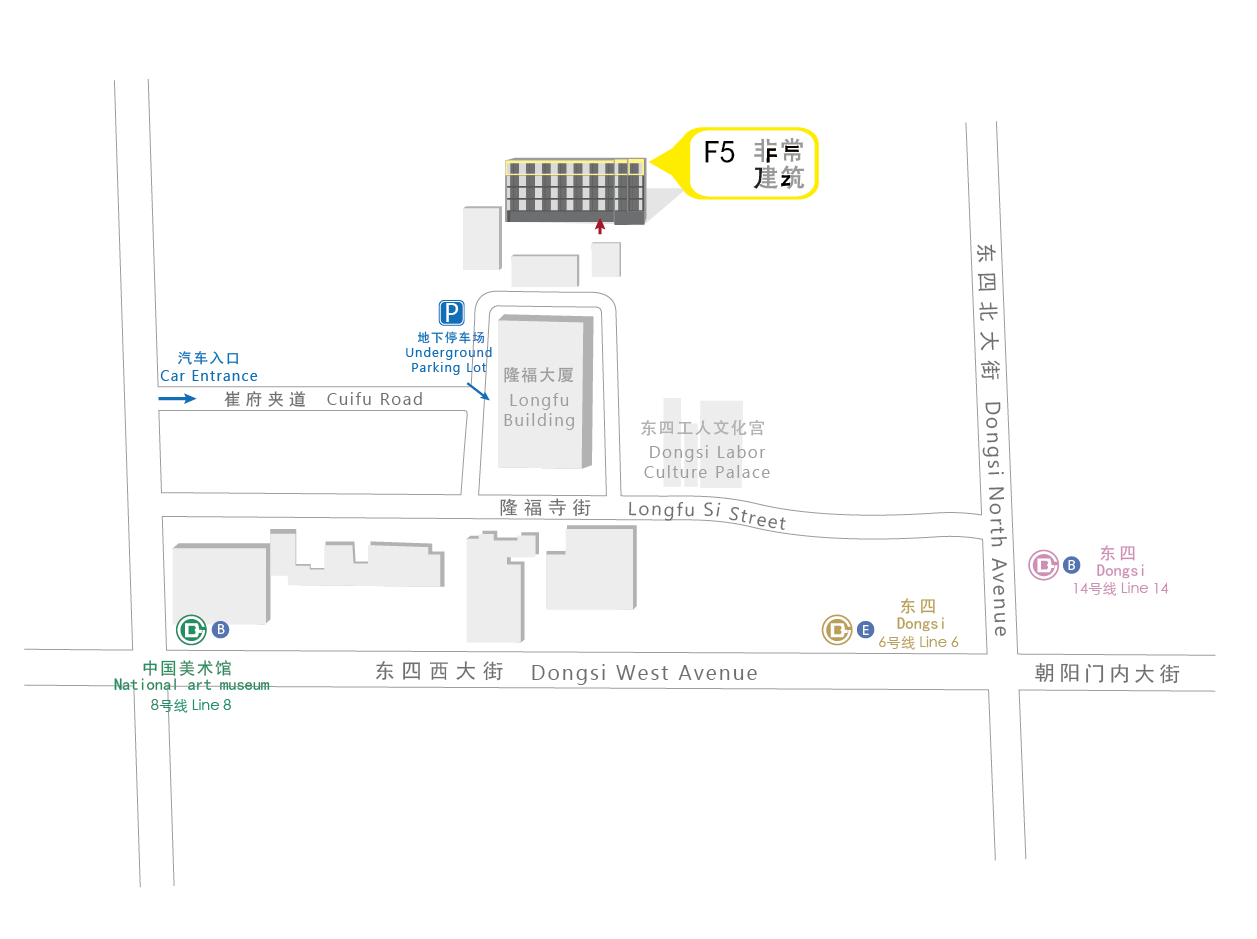